Can’t Wait Wednesday/Waiting on Wednesday is hosted by Wishful Endings and was previously hosted by Breaking the Spine.   It was created to show off a future release that you are excited for. 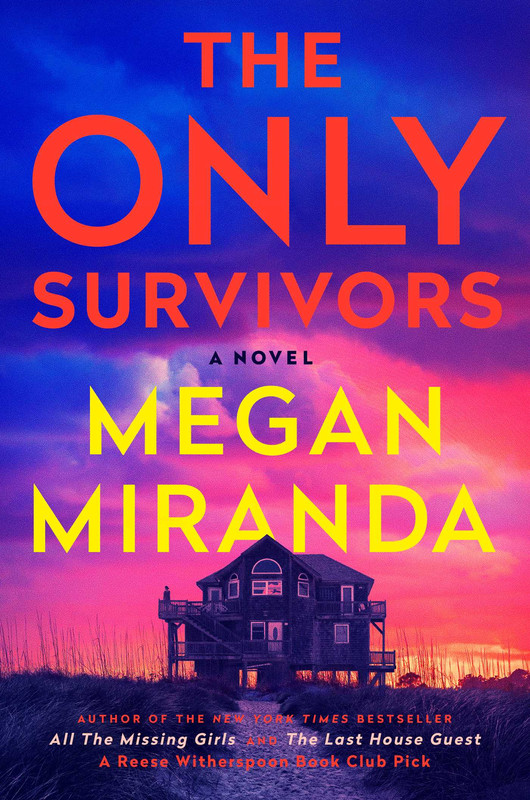 The Only Survivors by Megan Miranda

From the New York Times bestselling author of All the Missing Girls and “master of suspense, Megan Miranda” (Mary Kubica, New York Times bestselling author of The Good Girl), a thrilling mystery about a group of former classmates who reunite to mark the tenth anniversary of a tragic accident—only to have one of the survivors disappear, casting fear and suspicion on the original tragedy.

Seven hours in the past. Seven days in the present. Seven survivors remaining. Who would you save?

A decade ago, two vans filled with high school seniors on a school service trip crashed into a Tennessee ravine—a tragedy that claimed the lives of multiple classmates and teachers. The nine students who managed to escape the river that night were irrevocably changed. A year later, after one of the survivors dies by suicide on the anniversary of the crash, the rest of them make a pact: to come together each year to commemorate that terrible night.

Their annual meeting place, a house on the Outer Banks, has long been a refuge. But by the tenth anniversary, Cassidy Bent has worked to distance herself from the tragedy, and from the other survivors. She’s changed her mobile number. She’s blocked the others’ email addresses. This year, she is determined to finally break ties once and for all. But on the day of the reunion, she receives a text with an obituary attached: another survivor is gone. Now they are seven—and Cassidy finds herself hurling back toward the group, wild with grief—and suspicion.

Almost immediately, something feels off this year. Cassidy is the first to notice when Amaya, annual organizer, slips away, overwhelmed. This wouldn’t raise alarm except for the impending storm. Suddenly, they’re facing the threat of closed roads and surging waters…again. Then Amaya stops responding to her phone. After all they’ve been through, she wouldn’t willfully make them worry. Would she?

And—as they promised long ago—each survivor will do whatever he or she can do to save one another. Won’t they?

A propulsive and chilling locked-box mystery filled with the dazzling hairpin twists that are the author’s signature, The Only Survivors is New York Times-bestselling author Megan Miranda’s best novel yet.

Have you read this?  Is it on your TBR?

Julia Perry is a journalist who has written about sports, education, and tech. She's also an avid hiker, runner, and swimmer. She loves to make people laugh with her humor and always has a smile on her face. Julia loves to cook for others and has a fun side job as a personal chef at home.